Sutherland works as an ER physician at Centennial Hospital

Veterans living in Arapahoe County can call (303) 738-8045 to make an appointment with Veterans Services and receive a needs assessment to determine eligibility for services and benefits.

Residents can also visit the webpage arapahoegov.com/352/Veteran-Services to learn more about the services and benefits available.

For veterans and their loved ones who are in crisis, there is a confidential 24-hour crisis line available. To connect with the Veterans Crisis Line, dial 988 and then press 1, or text 838255, or chat online at veteranscrisisline.net.

Residents can find additional resources for veterans online at mentalhealth.va.gov.

When Alex Sutherland was growing up in Philadelphia, he only had movies and the media to shape his perception of the military — that is, until he joined the U.S. Army as part of his journey to become a doctor.

“For me, it’s a reminder and a time to reach out to friends,” Sutherland said. “I don’t think I realized what, really, what people went through in the military until getting into it, and then what — how important it actually is.”

Combining medicine and the military

Sutherland started out wanting to do sports medicine, specifically working as a physical therapist, because he was an athlete and thought it would be a good option.

However, during his undergraduate studies at the University of Pittsburgh, he did some rotations in physical therapy and discovered he didn’t enjoy it as much as he thought he would.

“So, I just decided to go into medicine, because I love science, I like working with people, and that was that,” he said.

Due to how expensive medical school is, Sutherland went through a program called the Health Professions Scholarship Program, which he said is like ROTC for medical school. As part of the program, he joined the U.S. Army to pay for schooling.

“I loved doing military-like things as a kid, you know, making forts and going on expeditions out in the woods,” he said. “So, it seemed like a perfect opportunity to save a lot of money and do something I would enjoy.”

Coming from a non-military family, Sutherland said his family didn’t know what to expect.

“I think they were a little concerned about preconceived notions of the military and such, but they were supportive and happy for me,” he said.

He officially joined the U.S. Army in 1999 and was brought in as a reservist. While he was doing the traditional medical school training at the University of Pittsburgh, he also had military training and courses.

“When I first went to officer basic, which was in 1999, I met people that were just like me,” he said. “People I’m still friends with today. They’re some of the best people and best friends that I’ve had.”

Sutherland liked the action of the emergency room, he said, as well as being able to help people who were in distress.

Once he finished medical school, he started residency near Seattle in 2002 and went on to active duty.

Sutherland remained there until 2005. He was stationed at Fort Carson in Colorado where he worked in a family ER, serving mostly military families.

After working at Fort Carson for just over a year, Sutherland was deployed to Iraq for 16 months in 2007.

“I knew that we would be deployed. It was in the middle of the second Iraq War, and so it wasn’t a question of if, it was a question of when and where and how long,” Sutherland said.

Sutherland said he was scared, fearing he wouldn’t be able to do the job he needed to.

“I didn’t even really know what I needed to do, honestly,” he said. “But I quickly realized that my training was sufficient and that I knew what to do, and that the people around me were in the same boat. We were all learning together and functioning as a single unit.”

One of the hardest parts was leaving his son, who was two months old at the time.

“That was probably the worst part, missing the family,” he said. “Otherwise, it’s almost easier. Life’s almost easier being deployed, because there’s only — you only have to worry about yourself and your job and your unit.”

Sutherland said there wasn’t much to do except work, workout, eat, sleep and spend time with others. He thinks it can be harder for families, as they’re left with one less person and with worries.

“They’re worried about you there, getting killed or injured or not being able to communicate directly,” he said. “We might be in more direct danger, but it doesn’t feel that way necessarily. Well, at least it didn’t for me as a doctor.”

Sutherland, an Army Major, spent the vast majority of the time at the 31st Combat Support Hospital stationed in Baghdad at a base called Camp Cropper, serving as an ER director.

Sutherland and another military doctor had to go to an Iraqi hospital to do lectures for the Iraqi doctors on how to treat injuries commonly seen in the military setting, he said.

The experience was eye-opening, Sutherland said. It made him look at the local depth of what the military was doing and imagine what it would be like if that combat was happening in a community in the U.S.

“I don’t think most people can imagine what it would be like to have to worry about their children being blown up in the real, actual real-world setting. And then having the invaders come and teaching your doctors how to deal with it,” he said. “It was a strange experience.”

Sutherland said his time in Iraq had different compartments to it.

“It was great times when I just got to hang out with friends, and there was other times when I got to see really horrible things and really felt guilty being there to some degree, but also glad that I had the opportunity to be part of it to help,” he said.

Through his experience, he said he realized how hard it is to make such a huge organization operate, as well as “how much sacrifice that all these people that are volunteers go through and have to deal with in order to defend the country.”

“Overall, I think it just gave me a better perspective on the opportunities and the lifestyle that we have in this country,” he said. “It really helped me get in better physical shape and better — just became a better, independent, confident doctor, and hopefully a better person.” 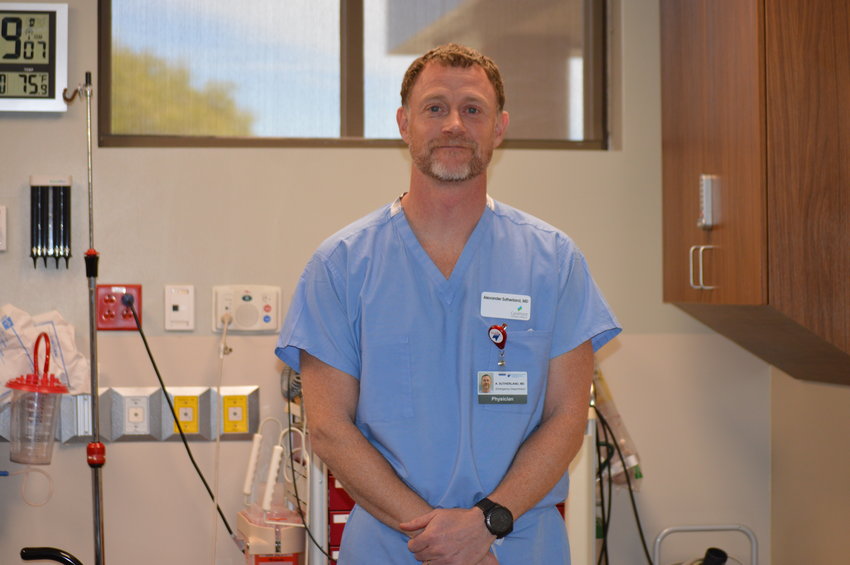 Continuing to serve others

When Sutherland finished his active duty time and returned home in 2008, he said it felt a little weird, especially seeing how much his son had grown over 16 months.

Sutherland took a few months off before returning to his work as an emergency room doctor, working at a civilian ER at Parkview Medical Center in Pueblo.

He said he didn’t have a lot of problems processing what he saw during his time in the military because a lot of ER training is, itself, traumatic.

“Being in that environment, it wasn’t a significant change. And luckily, I didn’t have any friends that were killed or see people that I knew that were killed,” he said.

For veterans who have gone through that experience, Sutherland said he thinks it’s very hard for them to relate to others when they get back.

“There’s (an) extreme amount of guilt involved in people who live,” he said.

Sutherland believes if all citizens were required to do time in the military, they would better understand and it would make the country stronger, he said.

“Throughout my experience, as a civilian, people that I met that were ex-military as well are still, I believe, some of the most reliable and efficient doctors,” he said, explaining his military experience gave him more confidence and competence as a doctor.

In May, after working in Pueblo for 14 years, Sutherland came to work in the ER at Centennial Hospital.

In light of Veterans Day, Sutherland said, “What I would like is for people to take a moment and try to envision themselves in the situations that the military is put into, different soldiers, and imagine what that would be like for them.”

“Try to reach out to organizations that help veterans and understand that a lot of these people really sacrificed not just their lives, but sometimes the ones that are still alive are the ones that are in much worse shape,” he said.

Sutherland said he sometimes thinks “thank you” to those who served and died before him.

“This is a country that’s based on freedom and democracy,” he said. “We’re all part of the same team.”

Juvenile arrested as suspect in carjacking 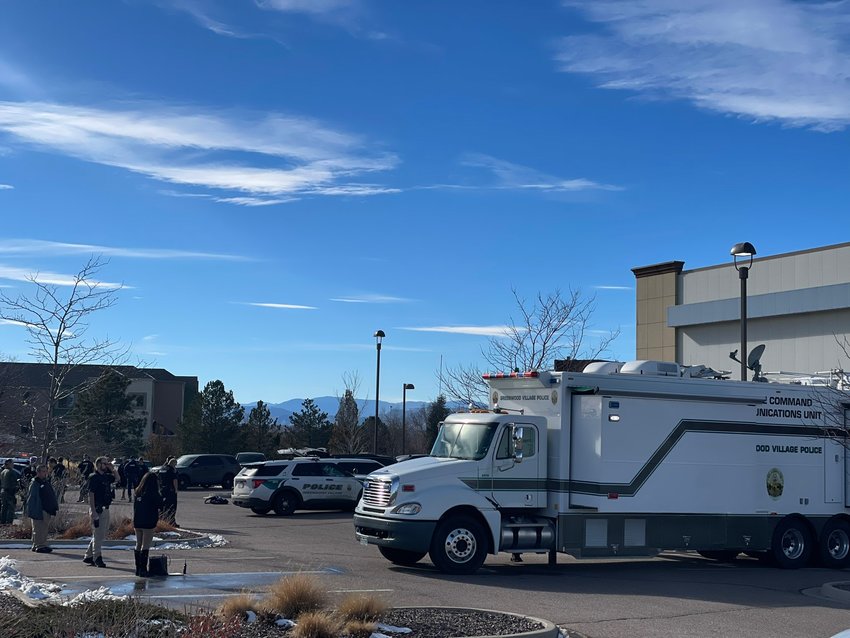 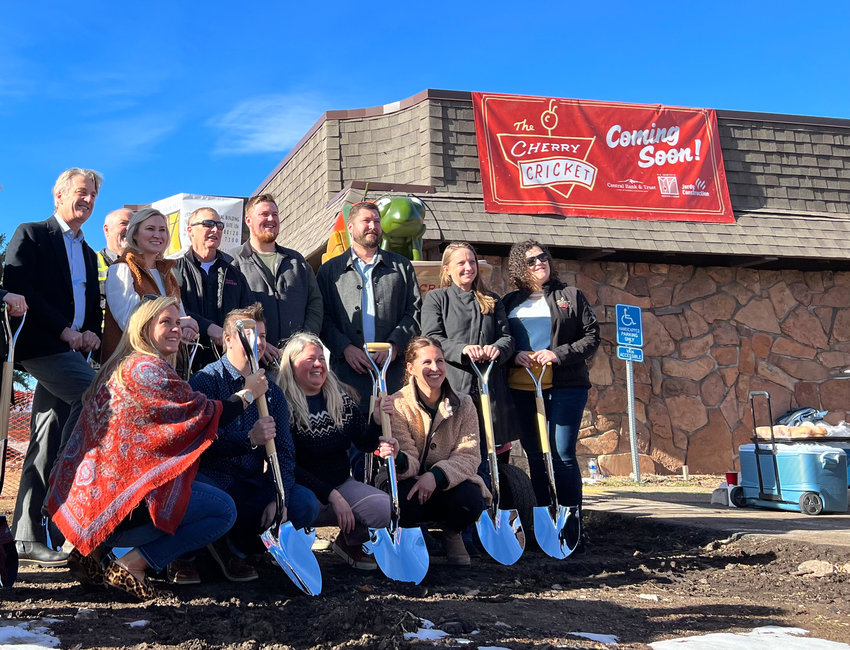