From the Editor: Love, support and sports

About two weeks ago I was thinking about writing a column about organized sports and our youth. Then, I watched the NFL game between the Buffalo Bills and Cincinnati Bengals and decided it was a good …

From the Editor: Love, support and sports

About two weeks ago I was thinking about writing a column about organized sports and our youth. Then, I watched the NFL game between the Buffalo Bills and Cincinnati Bengals and decided it was a good idea with a little more power to it.

Sometimes sports gets a bad rap. No, not everyone is made to be an athlete. But no matter where my sons end up going in their futures, I do not doubt for a second the skills, abilities and interactions will help shape whatever they do.

Before getting to my son’s own experiences, I want to start with what happened in Cincinnati when Buffalo’s defensive back Damar Hamlin suffered a freak accident while tackling receiver Tee Higgins. I am a major football fan so I rarely miss a game. Not surprisingly, I was watching the game live. I watched Hamlin pop up right after the tackle and then fall to the ground.

Based on player reactions and tears I knew it was far more than the concussion our minds usually go to. What came after the life-saving measures on the field were why I still believe in humanity and organized sports.

You had two teams know they could not go on and play a game because a player’s life was more important. You had a nation, love or hate football, rooting for this man to survive. You had well wishes, strong support and a toy drive receive millions in donations in Hamlin’s name.

When you play sports, you get another family. They become part of your everyday lives and you play for and support each other.

My 9-year-old started playing his first year of competitive hockey this year. He loves the sport and shows a lot of passion for learning the game and getting better.

When he first started, his team, in the 10-and-under Arapahoe Warriors league, was hard to watch. They are learning the sport and we were losing a lot. We as parents were in the stands every game being supportive but worried when we were losing by six or more goals.

Fast forward a few months and this team is now winning regularly. They are supporting each other, pushing each other and I see the improvement in my son’s play and that of others on the team. He is proud of what they are doing every week.

Having him also be proud of himself is nice to see. He is making friends, he is learning from a wonderful coaching staff, and he is gaining principles and skills that will carry him beyond hockey in the future.

As much of a bad rap as sports teams can get — I can never replace the friendships my son is earning. I can’t beat the support and friendships I am making with the parents in the stands. I know all of them care about my son and cheer him on in each game.

With sports, too, comes emotion. Hamlin is a great example. On Jan. 8, every team in the NFL wore shirts in support of Hamlin. They showed vulnerability in talking about the rare incident that caused him to go into cardiac arrest suddenly.

Love, support and growth are what we all want to have in our lives. For Hamlin, NFL athletes and my son as he takes this journey forward — I do love the often overlooked positives of joining a sports program.

From the Editor: Heart of the matter

Column: Rising above the noise 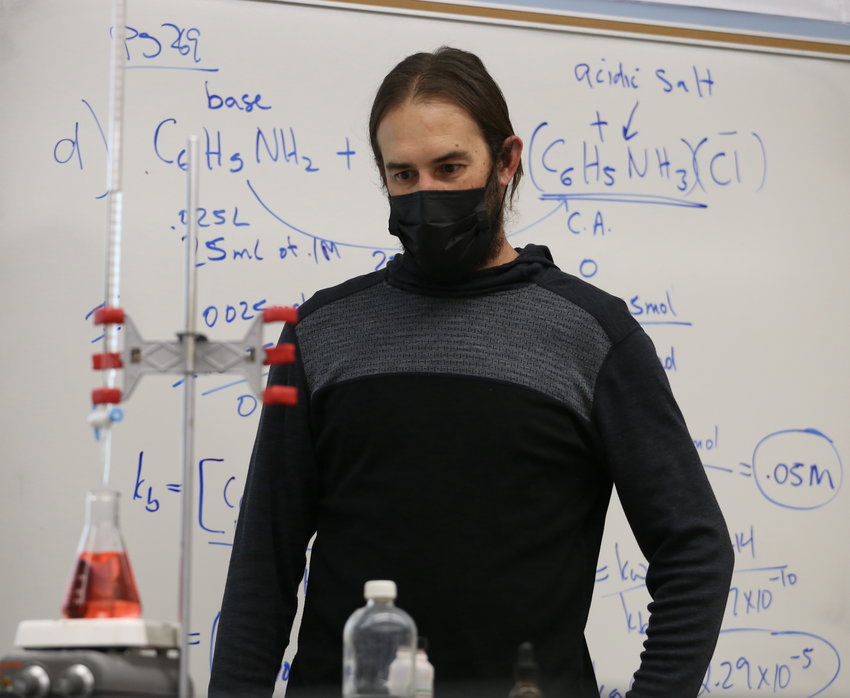 State of education report finds teachers in need of more support
Survey results conducted by the largest educator’s union in Colorado paint a bleak picture of how most educators feel in their jobs. The Colorado Education Association recently surveyed around …

How to defer payment on rising property tax bill
Many Coloradans’ property tax bills are spiking because of rising home values across the state, but there is a way to put off a big hit to your wallet happening all at once. The legislature passed …

Amazon put workers at risk at Aurora warehouse
Amazon faces new fines for workplace violations at its Aurora facility and several other warehouses nationwide, according to citations issued Wednesday by the Occupational Safety and Health …

Study eyes weed legalization
Last year, a study came out showing that marijuana legalization in Colorado likely increased cannabis use among adults in the state. Because of the novel methods the researchers used to examine the …