How the flu shot is determined each year

Using information from public health agencies such as the Centers for Disease Control and Prevention, Stacker looked at how the flu vaccine is developed each year and why vaccination is important. 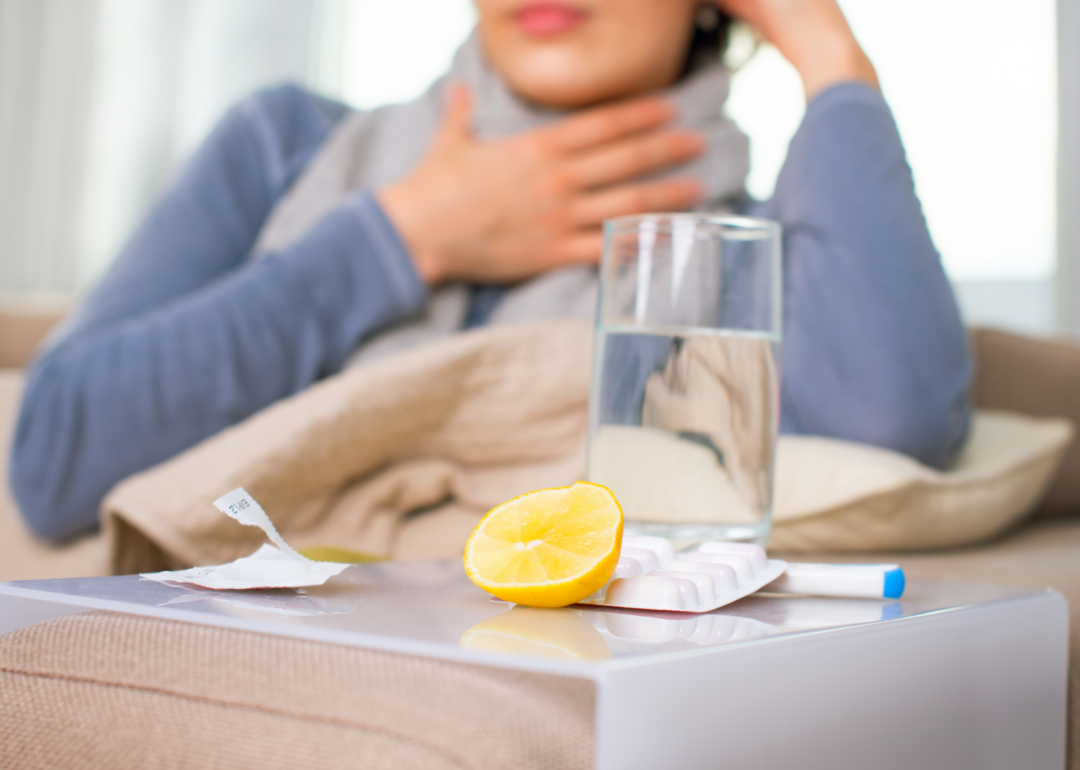 Millions of people get the flu every year during flu season, which is primarily during the fall and winter months with December through February being the peak point. Infection with the influenza virus, commonly known as the flu virus, can lead to all manner of symptoms from fever and congestion to fatigue or respiratory issues.

But while some people experience flu infection as little more than a "rough cold," the flu is a potentially serious illness. Complications from the flu can lead to hospitalization or even death—especially for older people, very young children, and those with chronic health conditions like heart disease, asthma, or diabetes.

The best way to reduce your risk of getting the flu is to get an annual flu shot. All flu vaccines available in the U.S. are quadrivalent, meaning they have been engineered to protect against four different strains of influenza. The Centers for Disease Control and Prevention recommends that, with few exceptions, anyone aged 6 months or older get vaccinated against the flu with either a direct injection vaccine or an attenuated vaccine, which is administered as a nasal spray.

Stacker used information from the CDC, National Institute of Allergy and Infectious Diseases, and the World Health Organization to compile a list of things to know about the flu shot, including the different ways flu shots are manufactured and how the viral strains included in the shot are identified each year.

You may also like: Over 45? Here's how often you should be screened for these health conditions

Why you need a flu shot 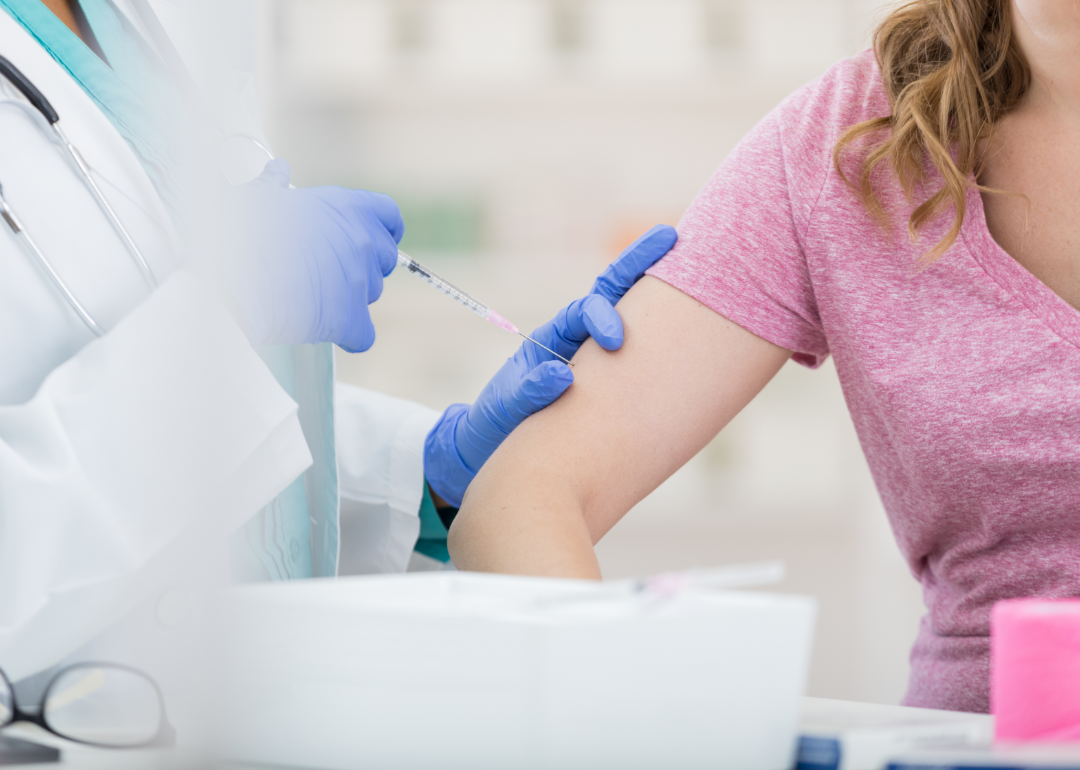 Vaccination is not a guarantee against illness, but it is a strong deterrent. Aside from helping the body build immunity to the influenza strains most likely to circulate in a given flu season, the flu vaccine can reduce the severity of the illness and risk of hospitalization should a person get sick despite being vaccinated.

The vaccine can also protect against serious complications arising from the flu for people with chronic conditions such as diabetes, chronic obstructive pulmonary disease, or heart disease. Flu vaccines can also protect pregnant women during pregnancy and their newborns during the first few months of life. Vaccination also works to limit the spread of the flu virus should an infected person come in close contact with others while contagious.

What goes into developing the flu vaccine? The intravenous flu shot and the nasal spray flu vaccine are both typically produced by growing candidate vaccine viruses in fertilized hens' eggs and then purifying the viral antigen—or the virus particles that help the immune system mount its response to the virus. A flu vaccine can also be made by growing candidate viruses in mammalian cells and then purifying the viral antigen. The intravenous flu shot is an inactivated (or "killed") vaccine, containing dead strains of the viruses, while the nasal spray is a live attenuated vaccine, meaning the flu strains are alive but in weakened doses.

A third development process, which uses recombinant technology, was approved by the FDA in 2013. Recombinant flu vaccines are manufactured without hens' eggs or mammalian cells and do not require candidate viruses. To produce recombinant flu vaccines, scientists first isolate the gene containing instructions for making the protein hemagglutinin, which is found on the surface of a flu virus and helps the immune system produce antibodies against the virus. Scientists insert this gene into a baculovirus, a virus that infects invertebrates. This baculovirus transports the instructional gene into a host cell line and instructs the host cells to produce hemagglutinin. The hemagglutinin is then collected, purified, and made into a recombinant flu vaccine.

For the 2022-2023 flu season, while the CDC makes no specific recommendation for which flu shot persons under the age of 65 should seek, it does recommend three different high-dose vaccines as best for those over 65.

How the virus strains in the flu shot are selected 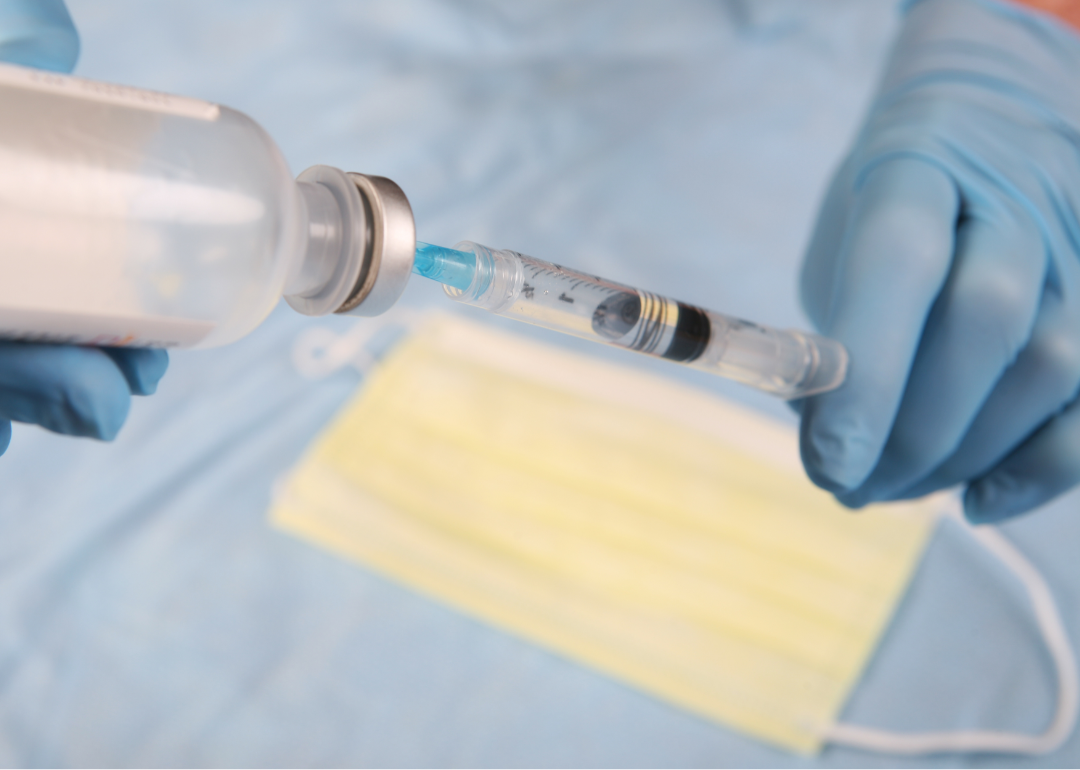 There are four main criteria that help determine the direction research bodies will take in determining each year's vaccine: finding out which flu strains are making the most people ill in advance of a coming flu season and the degree of severity of those illnesses; the extent of those strains' spread; how successful the prior year's vaccine has been against those strains; and the ability of existing vaccine viruses to offer protection against a wider range of related viruses.

Members of the World Health Organization Global Influenza Surveillance and Response Team test thousands of samples from around the world. For human seasonal flu evaluation, samples are filtered through the WHO's Collaborating Centers for Influenza. The WHO then meets with the directors of the seven Collaborating Centers, along with WHO essential regulatory laboratories and thought leaders from national regulatory agencies to determine the composition of flu vaccines for the flu season in the Northern Hemisphere (which is done in February) and for the Southern Hemisphere (in September).

Countries are then given the WHO's recommendations and determine for themselves which viruses to include in the coming season's vaccine for their respective populace.

Myths about the flu shot 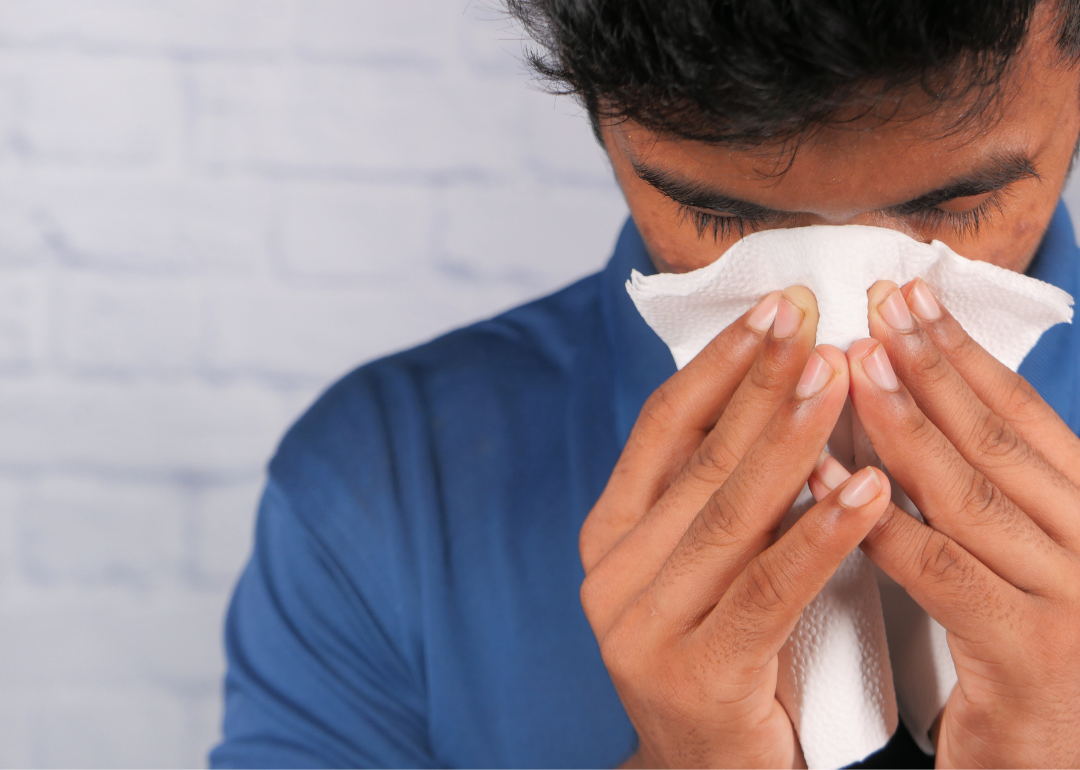 As with any other disease or vaccine, there is misinformation around the flu vaccine—some passed down in the manner of local gossip, some perpetuated virtually through social media.

One such myth is that flu vaccines can give you the flu. The vaccines are made from virus particles that are either inactivated (killed) or attenuated (weakened) so they cannot cause illness. While it is possible to catch the flu even if you are vaccinated, the vaccine itself is not the culprit.

Another misconception is that getting vaccinated twice can provide added immunity. Research has found no additional benefit from getting more than one flu vaccine during the same flu season. Getting more than one flu shot is also not recommended because there are some areas where vaccine shortage can lead to those in need having a difficult time getting their shot, a circumstance also seen widely in the early months of the initial COVID-19 vaccine rollout.

The COVID-19 pandemic gave rise to another false idea, namely that getting vaccinated against the flu increases one's risk of getting COVID-19. No scientific evidence exists to support this belief. One widely circulated study from 2020 seemed to suggest that this was, in fact, the case, but has since been debunked.

Finally, the idea that it is better to get sick with the flu than to get vaccinated is both untrue and potentially dangerous. The flu can be a particularly serious illness, especially for young children, those who are older, or people who have certain chronic conditions. It is much safer to get vaccinated than risk getting sick with the flu and lacking the immunity strength to combat it.