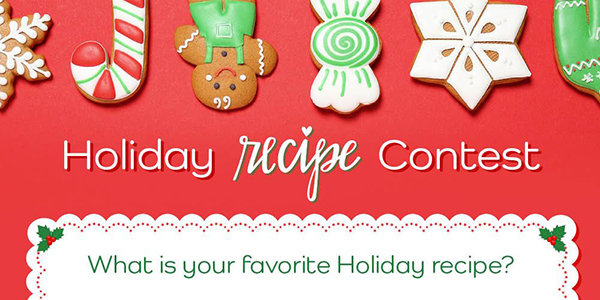 Got a signature holiday dish that steals the show every year? Does it have a special twist? A secret ingredient? Then enter our Holiday Recipe Contest for a chance to be included in our Home for the Holidays special section! Submit your recipe and tell us what makes it special to you and those you love.